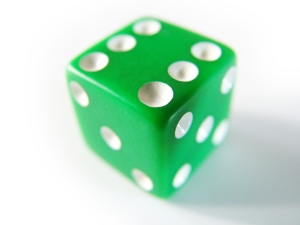 I was not one of those women who never wanted children–quite the opposite. For as long as I can remember I had a vision of a family that included children—four to begin with, but as time went on I adjusted that number based on various opinions on population growth, financial considerations, and the practical implications of trying to lug around four kids. Regardless, a family with children was always in the picture of my future.

My primary reason for not having children back then was that I just didn’t meet anyone I really wanted to go through that with. Even in my 20’s I think I had the foresight to look at the long-term consequences of breeding with each prospective partner and decide that the cons would eventually outweigh the pros. So I was in my mid-30s before I finally met someone I knew would be a reliable, committed, and fun father. Not long after that is when I discovered I couldn’t have children of my own without some serious medical intervention—something I wasn’t prepared to do.

So, my decision to not have children was a long time coming. It came out of weighing the pros and cons of continuing what had become a mad quest for children, biological or adopted, and finally deciding that most important thing for me was a loving relationship with my husband, one built from mutual respect for one another’s needs and wants, and realizing that a family of two was all we really needed. Once the decision was made, we were both happy with it.

But now, comes another decision: At 40, I am still within the window of conceiving naturally, and even though it would be virtually impossible because of my condition, I’m at an age where hormones do funny things. What if I got pregnant now? It’s an odd situation to be in, having hoped for so long for a baby, but I’ve made a decision that not having children would be the best thing for us now. So, my dilemma is this: after dealing with infertility for so long and finally being told I will never have children, do I now need to start using birth control again to make sure it doesn’t happen? The irony is too ridiculous, so for now, I’m doing something I never did in my younger years; I’m taking my chances that it could never happen to me.